​​Employed with the Auburn Police Department since 1995, Lieutenant Garlock’s time as a detective and a field training officer were some of his most rewarding assignments as well as attending the FBI’s National Law Enforcement Academy. Prior to the Auburn Police Department, Lieutenant Garlock worked for the Yuba County Sheriff’s Department where he was assigned to the Jail Division. He also served in the US. Army Reserves from 1998-2005, and left service as a captain after commanding a Military Police Detachment in support of Operation Noble Eagle from 2004-2005.

​​When he is not at work, Lieutenant Garlock enjoys watching movies, traveling to Yellowstone National Park, cooking, and wrangling his two dogs, Titan and Charlie. He is an avid baseball and football fan, and attends several Sacramento Rivercat games throughout their season. 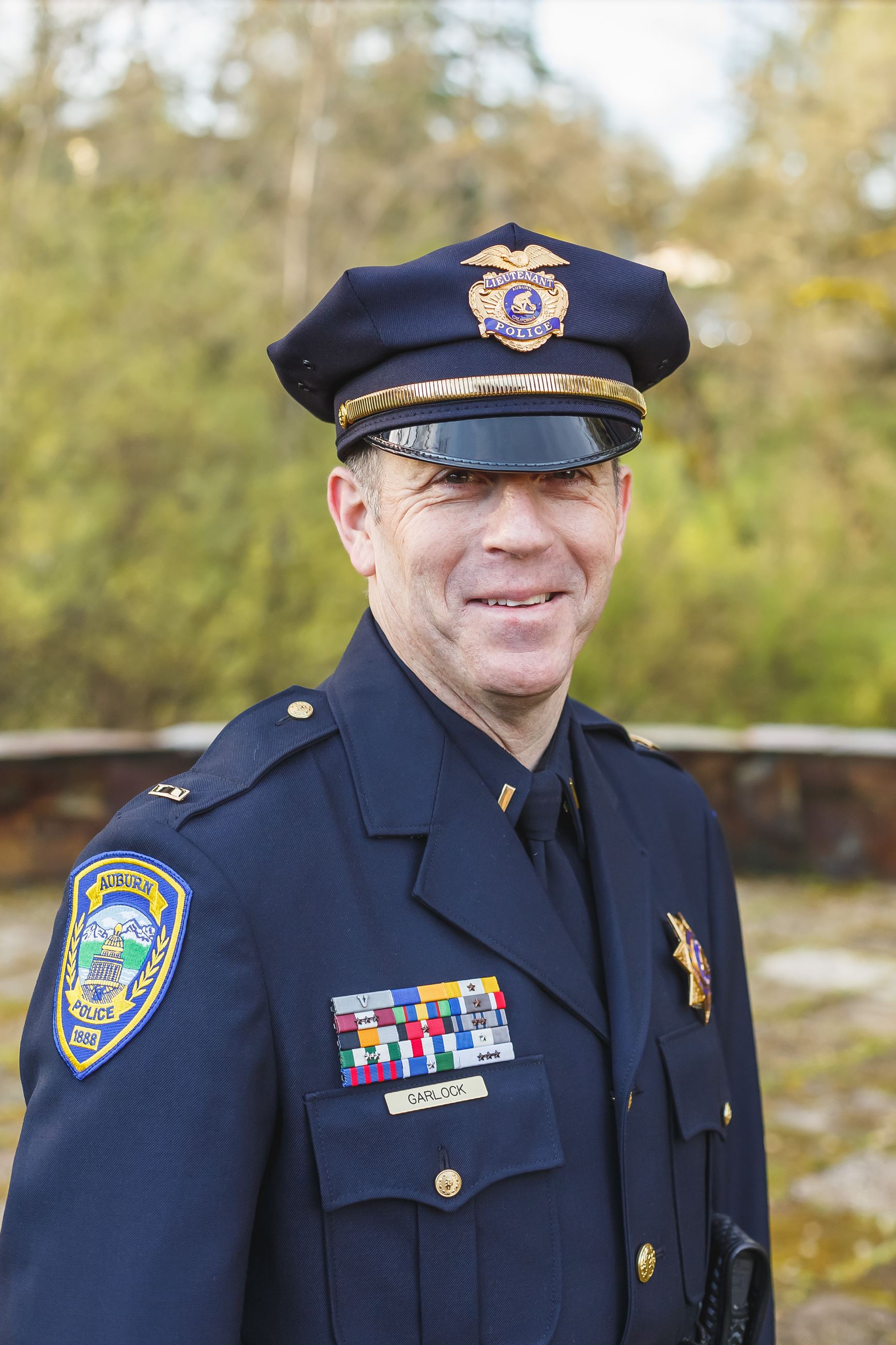